Partners is embarking on a journey to explore the topic of climate change and its impacts in this region and the world as a whole. 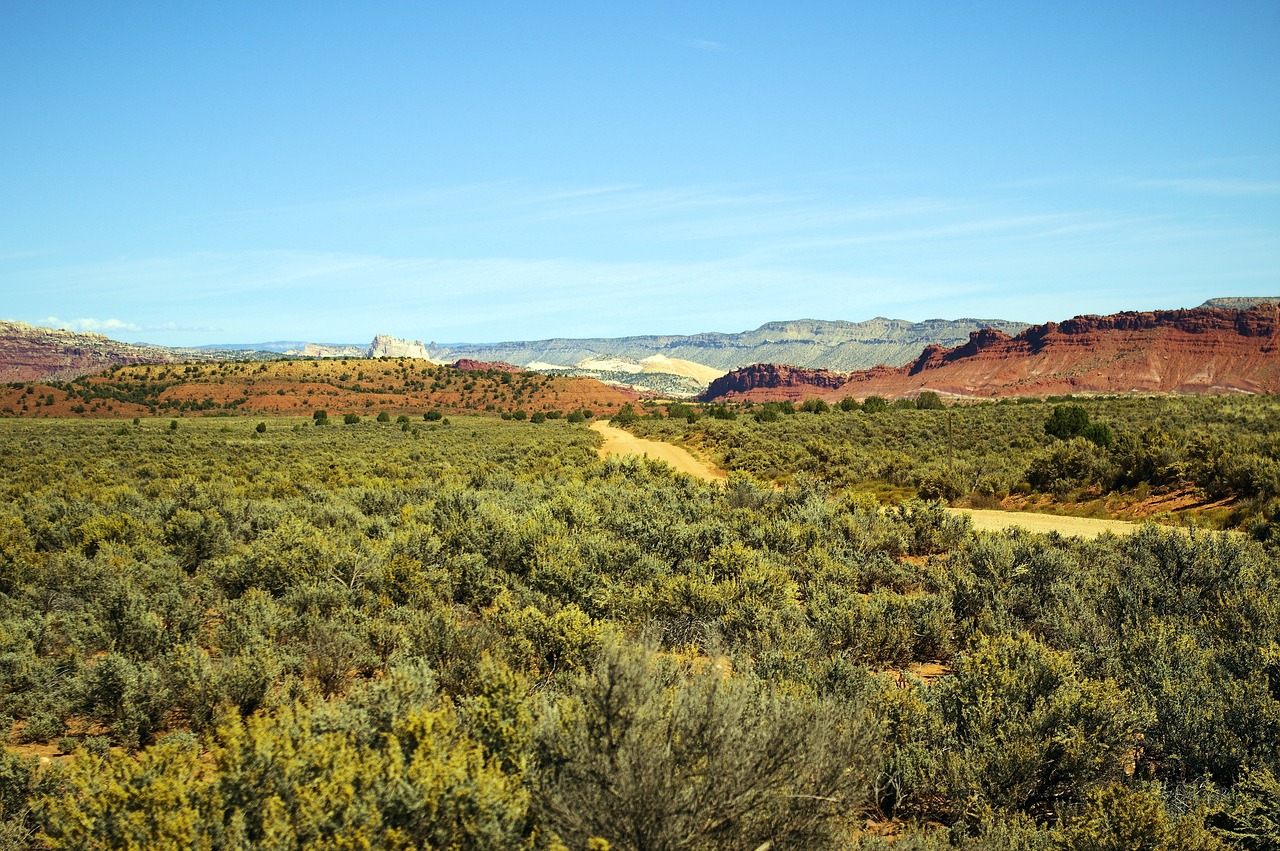 The information provided was drafted by Christa Sadler. Christa Sadler is a paleontologist, geologist, wilderness and river guide, and the author of Where Dinosaurs Roamed: Lost Worlds of Utah’s Grand Staircase.

Public lands are more important than ever, not just for recreation and the sanity being in an undeveloped landscape can bring to our insanely developed lives. Public lands will be critical in the upcoming decades in mitigating climate change, but only if we find a way to allow public lands to remain or return to a natural state. To understand more, continue below.

The Importance of Public Lands in Climate Change

614 million acres in the U.S. are public land. This land—more than one-quarter of the U.S.—is managed primarily by these four federal agencies: the Bureau of Land Management (BLM), Fish and Wildlife Service, National Park Service, and the U.S. Forest Service. 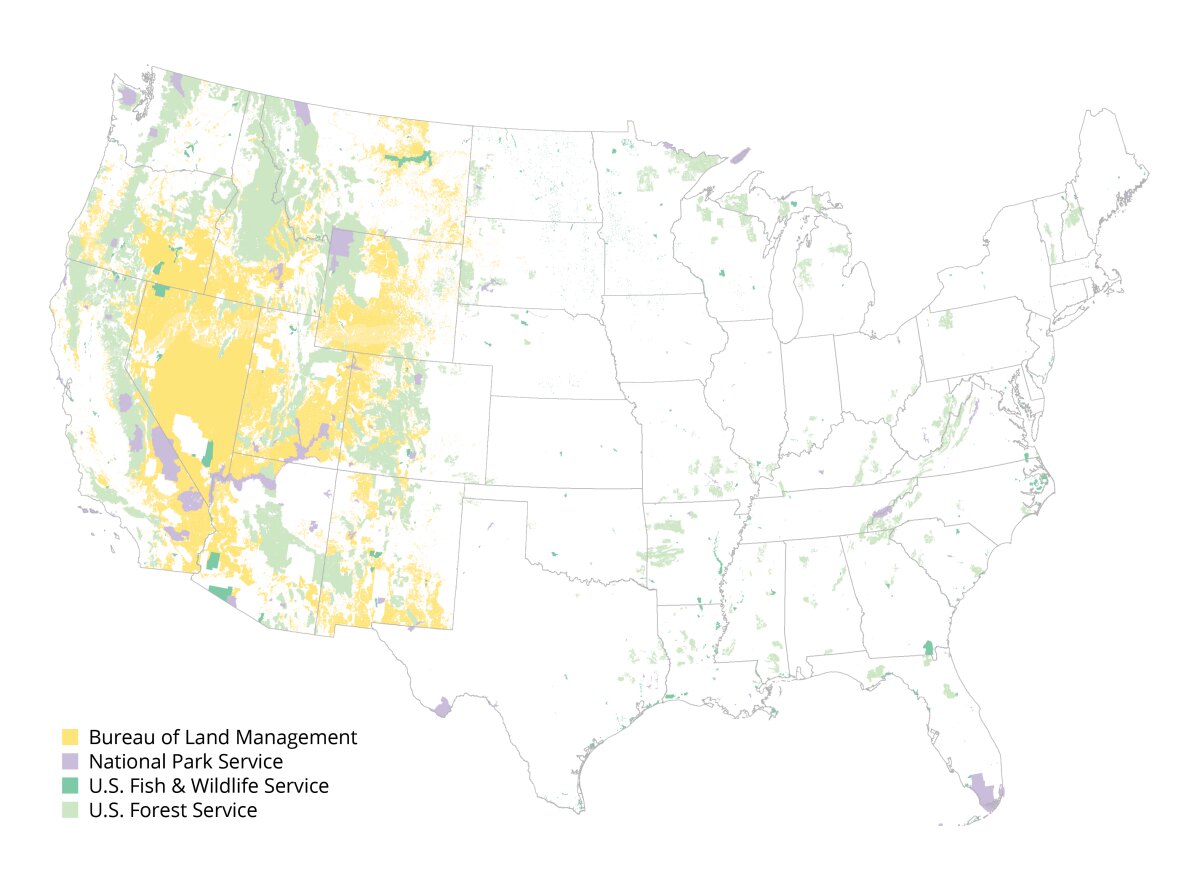 Discussions on the value of public land often focus on their economic drivers: recreation, grazing, agriculture, mineral extraction, and timber harvesting. However, far more important than these economic drivers is the role of our public lands in moderating, and perhaps even reversing, the dangerous trends of our warming planet. Public lands, along with coastal areas and ocean preserves, provide carbon sinks, protect watersheds and fresh water sources, and help preserve species from climate change-induced extirpations or extinctions.

In this installment of our Climate Change series, we’ll explore the current focus on economic drivers, then explain the importance of public land in climate change mitigation and adaptation.

How much public land is used for fossil fuel extraction?

Only about 14 percent of our public lands are protected from development and extraction. Much of the remaining 86 percent is used for extraction of fossil fuels (oil, gas, and coal). Currently, 40 million more acres of public land in the western US and Alaska is being considered for new fossil fuel extraction.

The use of fossil fuels and the extraction methods contribute about one-quarter of our nation’s greenhouse gas (CO2 and methane) emissions. In fact, Wyoming is the country’s largest greenhouse gas emitter via public land. To understand more about greenhouse gasses, read our first installment of this climate change series here.

Although forests, grasslands, soil, shrubs, and other natural ground cover do sequester (store) carbon and prevent it from escaping to the atmosphere as CO2, the US Geological Survey estimates that this can only offset about 15 percent of fossil fuel-related emissions.13 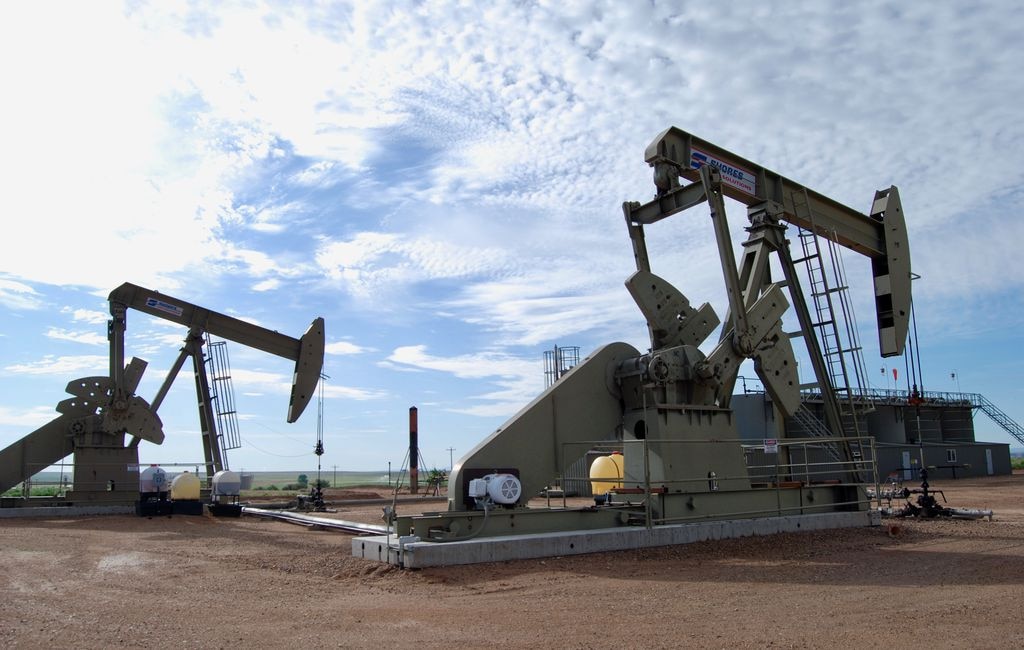 What can we do?

Reducing or eliminating extraction on public lands will result in a significant reduction of greenhouse gas emissions.

How much public land is used for grazing?

Grazing occurs on approximately 270 million acres of public land in the 11 western states. In many places, the use is far more than the land can sustainably support.14 Our country’s public lands support about 30 percent of the country’s cattle and sheep.

How do livestock populations in public lands affect climate change?

Livestock contribute methane to the atmosphere (a much more powerful greenhouse gas than CO2) through the ruminant digestive process.

Livestock also cause erosion, destroy delicate soil crusts critical for maintaining soil moisture, and degrade soil and water quality and plant cover such that the land can no longer act as an effective carbon sink, thus exacerbating the effects of climate change.

What can we do?

In many regions of the country and the world, the reduction of livestock use would also greatly benefit habitat, and soil and water quality. In the recent IPCC Special Report on climate change, desertification, land degradation, sustainable land management, food security, and greenhouse gas fluxes in terrestrial ecosystems, the scientific community calls for a significant reduction in American livestock production to meet climate mitigation goals.16

Other efforts in a new field known as Conservation

Ranching17 have been shown that carefully managed livestock agriculture can improve the health of the soil and the land in certain regions. Using a diversity of native grasses supports healthy root systems and helps conserve water. Rotating livestock between grazing areas can allow these grasses to regenerate, which maintains their carbon trapping ability. Research at the University of California Davis has even shown that adding a very small amount of seaweed to the diet of cattle cuts their digestive methane emissions by as much as 60 percent.18 Although most Conservation Ranching occurs on private land, translating these practices to public lands could help mitigate the effects of livestock agriculture.

Shift to agricultural practices that benefit the earth. Innovative solutions that may or may not be appropriate for the Monument. But we should collectively explore. Example: drawdown.org/solutions/managed-grazing.

How Can Public Lands Help?

Public lands can help in climate change mitigation and adaptation as carbon sinks, with watershed protection, act as a species ark, and more. Continue reading below to understand more about these methods.

The soils, microbes, bugs, and plants on our public lands are effective carbon sinks—absorbing and storing carbon so it cannot escape to the atmosphere as CO2. 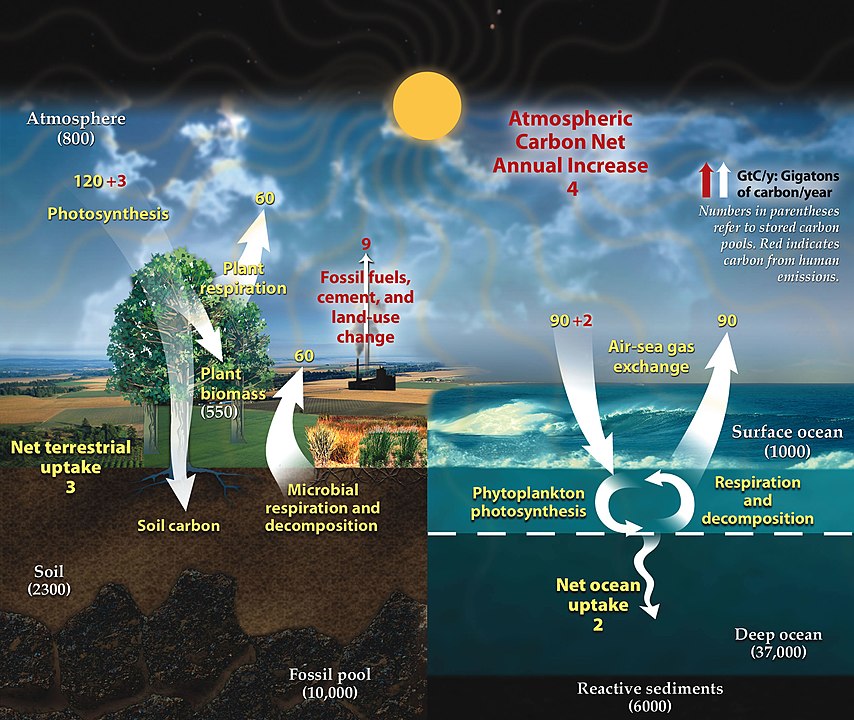 Permafrost in Arctic regions effectively stores methane, which is roughly 30 times more powerful than CO2 at warming the planet.19 Indeed, between its forests, tundra, and permafrost, Alaska is the country’s single largest public land carbon sink (second is the entire western United States!).

As these lands are damaged or destroyed through development, timber harvesting, livestock grazing, or fossil fuel extraction and mining, their ability to sequester carbon decreases, and stored carbon is released into the atmosphere. Melting permafrost in Arctic regions of northern Europe, northern Asia, and North America could produce up to an estimated one gigaton (one billion tons) of methane by 2100.20 The continued push to drill for oil in these places promises to damage and destroy much more.

In addition, as climate change causes longer and more intense dry spells, especially in the western United States, we’re seeing the result as horrific wildfires burn millions of acres of land—public, state, and private. These fires do more than just destroy homes and communities. They also release megatons of carbon back into the atmosphere with the burning of vegetation, all the while destroying the land’s ability to act as a sink and retain carbon in the future.

The United States Geological Survey estimates that California’s disastrous 2018 wildfires released roughly the same amount of greenhouse gases produced from the state’s power generation for an entire year—more than 15 percent of all annual emissions from the state. Worldwide, scientists estimate that wildfires make up five to 10 percent of annual CO2 emissions each year.21 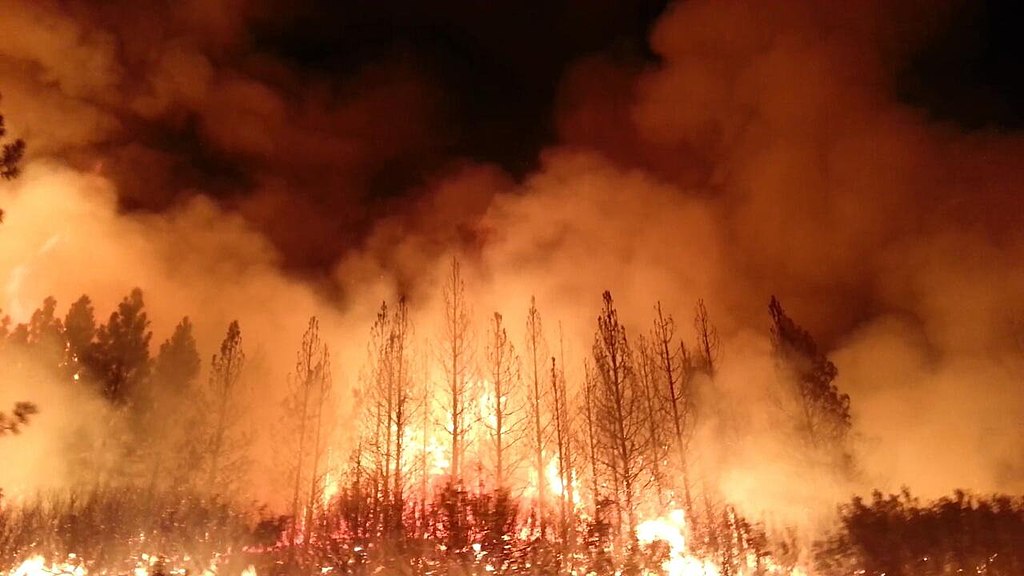 Oceans and coastal areas are also critical carbon sinks.22 Where land and water meet, the oceans absorb and redistribute both heat and carbon. Scientists estimate that our oceans have absorbed at least 90 percent of the excess heat generated by recent climate change.23 Since the 1980s, oceans have taken up between 20 and 30 percent of CO2 created by human activity through photosynthesis, building calcium carbonate shells, and as carbon dioxide naturally dissolves in seawater. In fact, coastal and ocean sinks trap roughly 17 percent of all emissions. 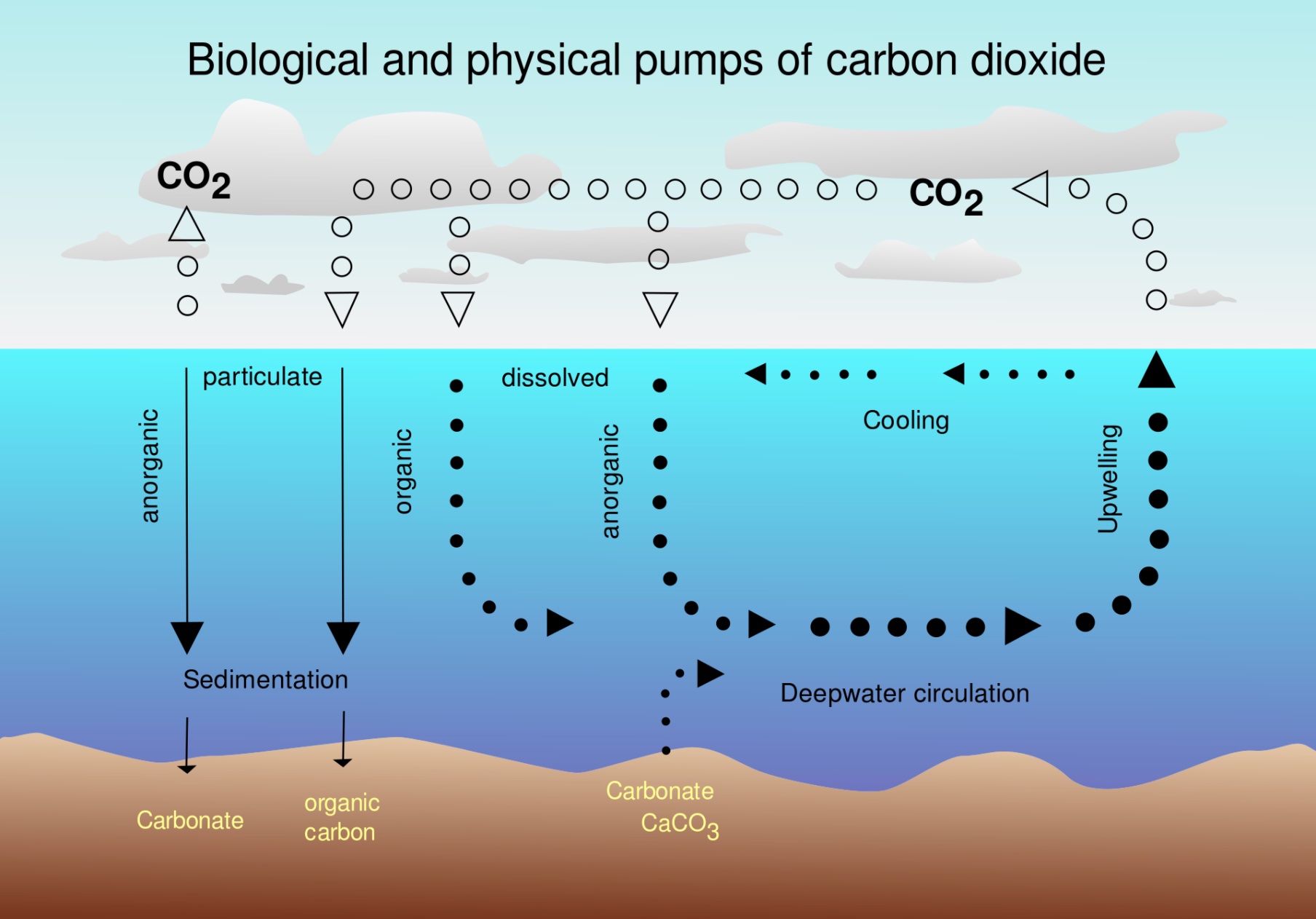 Preserving and protecting the ecosystems of our public lands, coasts, and oceans will help guard against stand-changing and ecosystem-destroying wildfires, and will preserve the land’s and the ocean’s ability to act as a critical carbon sink.

An estimated 180 million Americans drink water from rivers and aquifers whose sources are on public lands. Healthy public lands are critical for the health of our watersheds (and associated drinking water).

Not only do healthy public lands filter and decontaminate water, but they protect the very existence of aquifers and watersheds. Natural ground cover such as grassland or forest allows snow and rainwater to infiltrate slowly into the aquifer to recharge it.

As climate change and development, and extraction cause local extinctions elsewhere, public lands can be the guardian of species diversity—the “ark” from which nearby regions can be repopulated. Maintaining biodiversity in plant and animal populations is critical to maintaining stability in our ecosystems. Ecosystems with low species diversity are more susceptible to disease, natural disasters, food shortages, etc. Public lands help support biodiversity by allowing species to interact and adapt within their natural environments.

But different species and individuals of the same species can only interact if their habitats are not fragmented through either human activity (development, roads, etc.) and/or climate change. Many species migrate seasonally or annually for feeding or breeding and need large areas of land, or areas that are connected via undeveloped corridors.

A recent study in Nature found that, globally, an average of just 11 percent of every country’s protected area can be considered connected.24 Climate change adds an extra stressor by exacerbating habitat fragmentation into pieces that cannot sustain viable populations. As global warming transforms habitats, plants and animals must move to avoid these effects of climate change. Undeveloped public lands provide critical core areas and buffer zones, and corridors between regions that can allow species to adapt to a changing world.

It is clear that our public lands are more important than ever, not just for recreation and the sanity being in an undeveloped landscape can bring to our insanely developed lives. Public lands will be critical in the upcoming decades in mitigating climate change—by providing carbon sinks, protecting watersheds and their fresh water sources, and helping preserve species from climate change-induced extirpations or extinctions. But only if we find a way to allow public lands to remain or return to a natural state.

There are many projects and organizations that are working to preserve and protect public lands and open space for the future. We will discuss some of these in the final installment of this series, but here are a couple to get started.

The Wildlands Network is working to create and maintain intact and interconnected ecosystems throughout the North American continent. The Grand Canyon Wildlands Council is a regional arm of this project, and the Yellowstone to Yukon Conservation Initiative has the impressive goal of creating an interconnected network of wild lands from Yellowstone into the Yukon Territory, to allow plants and animals the room they need to move with the impacts of human incursion and climate change.

The Thirty by Thirty Resolution to Save Nature is a senate resolution introduced by Senators Tom Udall (D-NM) and Michael Bennet (D-CO) to set a national goal of building ecological resilience by conserving at least 30 percent of the land and 30 percent of the ocean within the territory of the United States by 2030.

Next month, we will look at how Grand Staircase Escalante National Monument can help us understand and mitigate climate change impacts now and in the future.

In this installment of our Climate Change series, we’ll explore the current focus on economic drivers, then explain the importance of public land in climate change mitigation and adaptation. We know from climate science that we can not stop climate change, but we can mitigate impacts and plan for how we will adapt—as a species and a world—to climate change.

How can you get involved?

No matter where you are or what you would like to do, there are several ways you can volunteer with Grand Staircase Escalante Partners.

Our in-field opportunities includes graffiti removal, trail ambassadorship, and other live events. Click here to go to our Golden Volunteer platform to learn more about these opportunities.

We have resources for you to help protect this landscape on your own — from Citizen Science Programs to Site Stewardship. Click here for more details about how to register and get these resources.

No matter where you are in the world, there are ways to support the Monument. Click here to learn more, or make a donation now by clicking the button below.